ThingLink Holiday Greeting 2019 Invites You to Experience the Northern Lights

The idea for our 2019 holiday greeting came from Philip Pullman’s story of the young Lyra Belacqua, who travels to North to find out about Dust, the mysterious substance in the universe that gathers around adults and the Northern Lights.

ThingLink Spotlight: State of Maine Created VR Tours for Schools and Libraries to Celebrate its Bicentennial 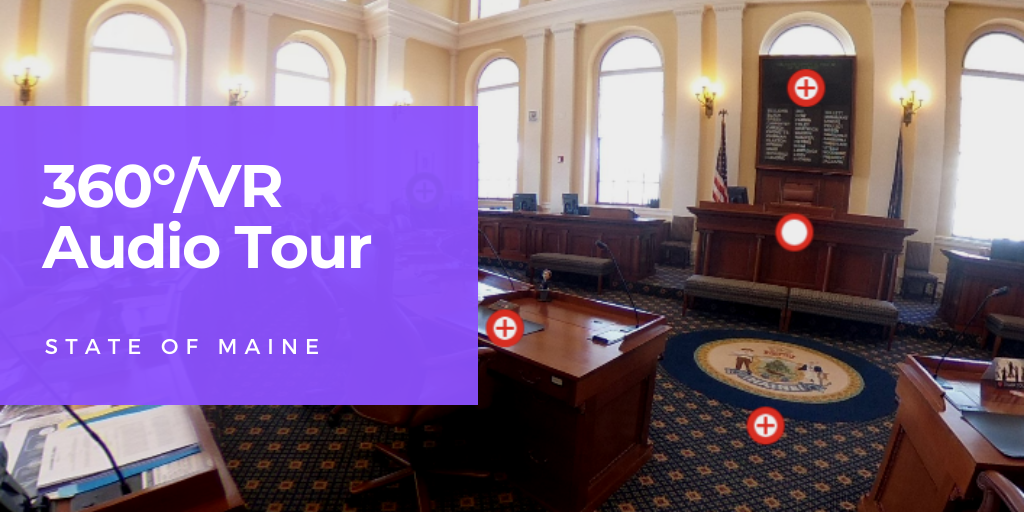 Kristen Muszynski is the director of communications at the Department of the Secretary of State in Maine. Some time ago her colleague Tammy Marks, director of the Maine State Archives, started advocating for investing time and money in new technologies to showcase the archives’ holdings.

ThingLink Feature:  Experience the Opel Arena in 360° from VRM

ThingLink user: VRM Arena Tour - VRM is a regional media company that uses ThingLink in this article to give readers the experience of touring the Opel Arena in Germany.  The tour begins with an aerial view outside of the stadium and readers can click on the various illustrations to explore points of interest.  For example, clicking the field will take you to a 360° view from on the field, and clicking the shopping bag will take you to explore the stadium store.  This use case highlights the ability to include regular flat images into your 360° tour.  Including a regular image as your starting point gives the reader an easy to navigate table of contents that they can revisit at any point within the tour. 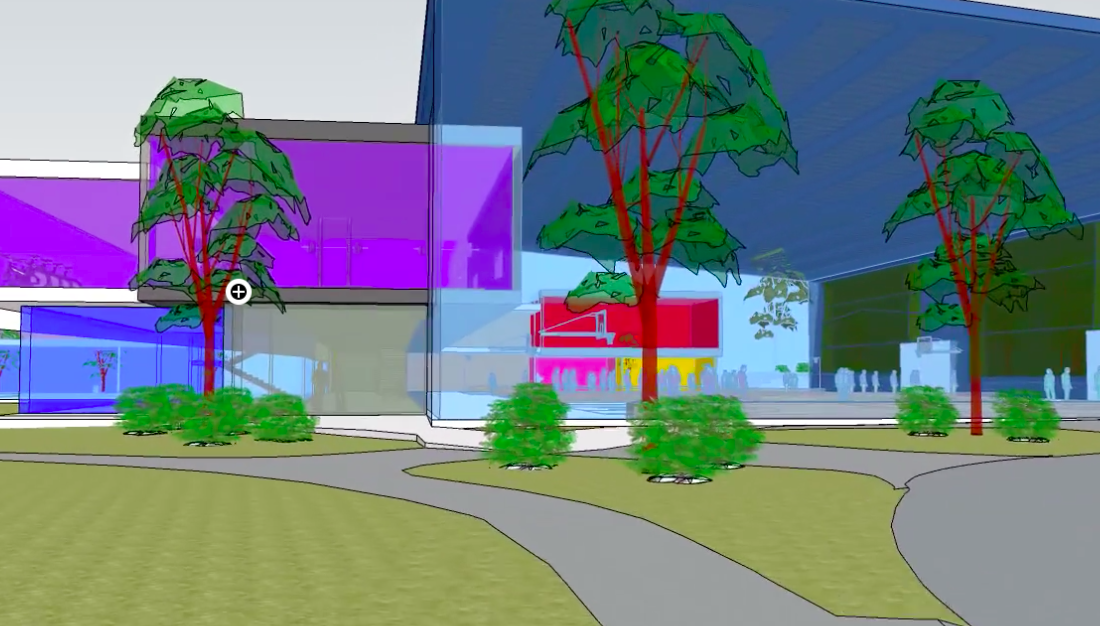 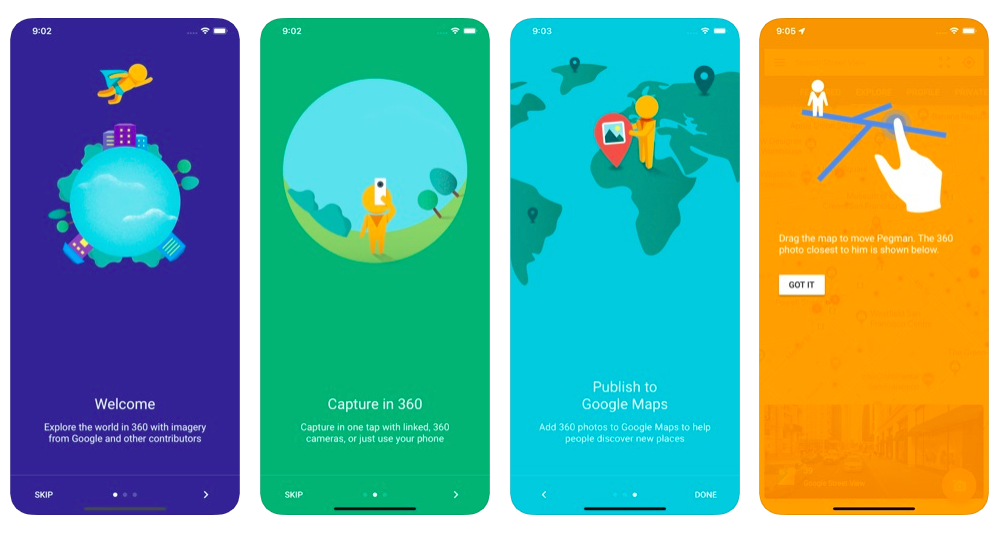 360 cameras allow you to take high-quality images for your school, business or marketing project. However, if you do not have the funding for such equipment or just want to try out 360 images, you can use the free Google Street View app on your phone. Continue reading to learn how to actually take these photos on the app, exporting them to ThingLink, and some live examples!

ThingLink Feature: Visit the Cincinnati Orchestra with this 360° Tour 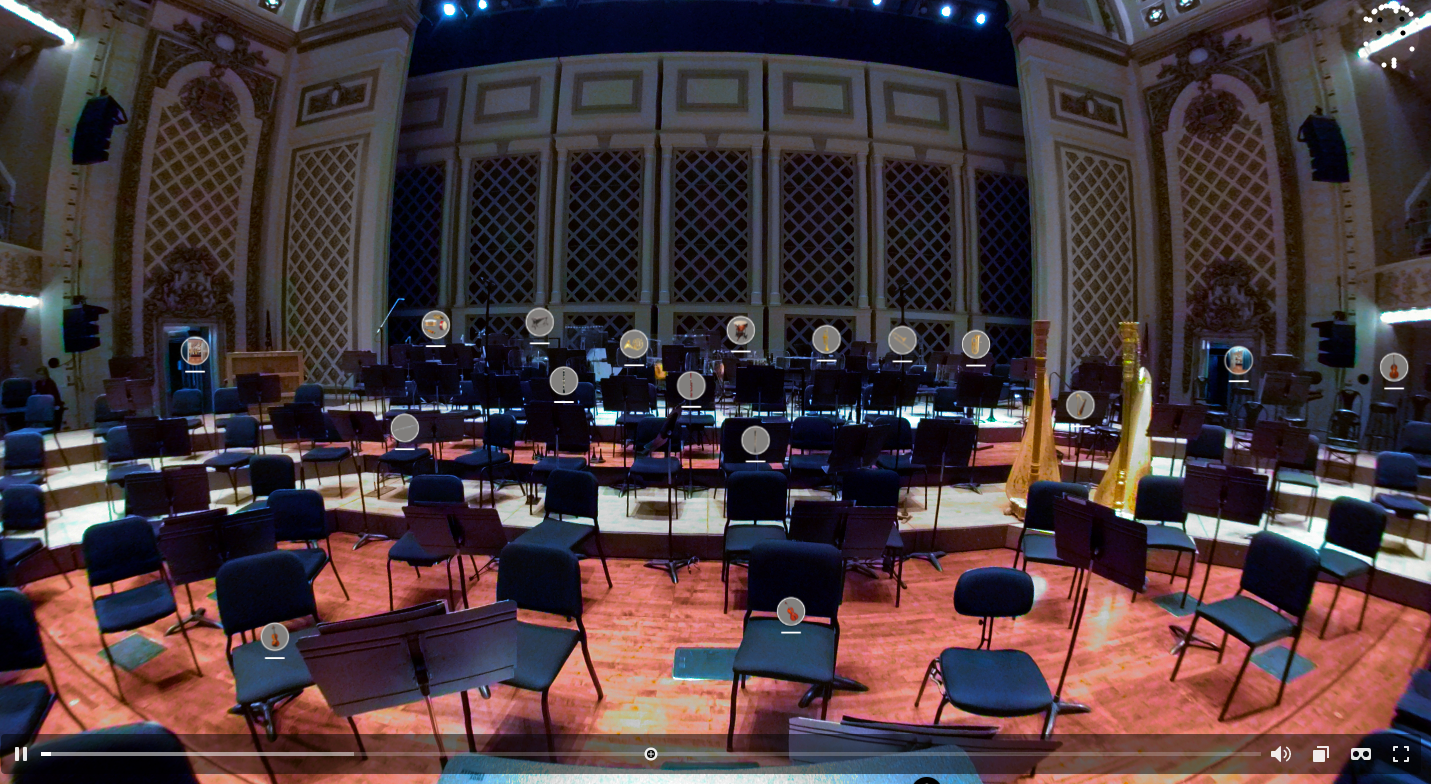 ThingLink user: Cincinnati Orchestra - take a virtual trip directly into the conductors chair of the Cincinnati Orchestra with this interactive 360° tour.  Learners can navigate through each section of the orchestra, hearing specific instruments in the background, seating arrangement locations, and explore embedded Wikipedia pages on each instrument.  ThingLink 360° tours can be consumed on any device, screen size, and within VR headsets powered by WebVR (view compatible headsets). This content was captured with a Go Pro 360 camera. 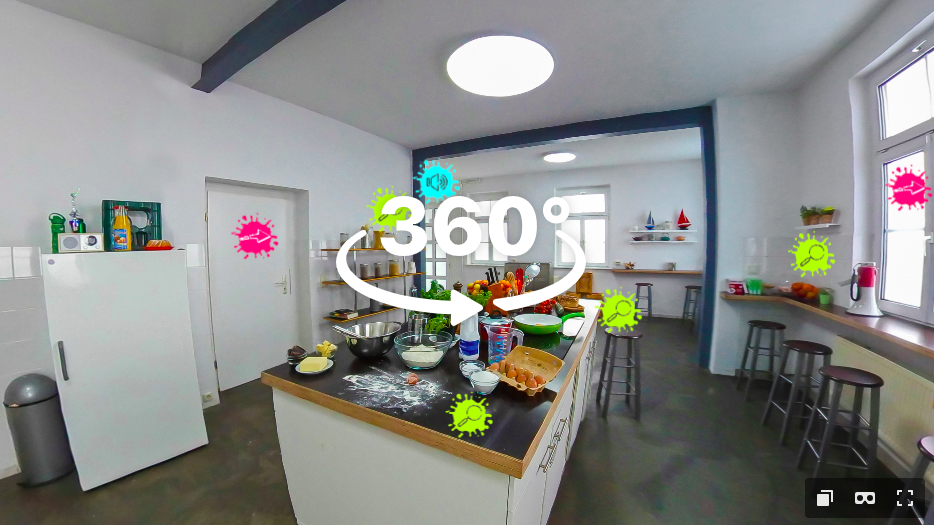 Description:  Have you ever been tasked with the goal of providing the engaged fans of your organization with a digital behind-the-scene experience, but didn't have access to intuitive tools to help drive the project?  Interactive 360° behind-the-scene tours solve this problem by giving editorial and marketing teams the power to create unique, immersive and actionable tours fast and without the need to loop in many resources.

Description:  Our new tour creator feature opens the door to endless creative possibilities.  With tour creator you can seamlessly build any ThingLink media (images, videos, 360 images) into a unified tour experience.   One great use case is to use a 2d image like a map or floor plan as your "home" or "base" image.  You can transport your viewers to different locations on the map, allowing them to learn more and eventually return to the original map to continue exploring different locations.

Image of the Week: Interactive 360° Advent Calendar from Mittelbayerische 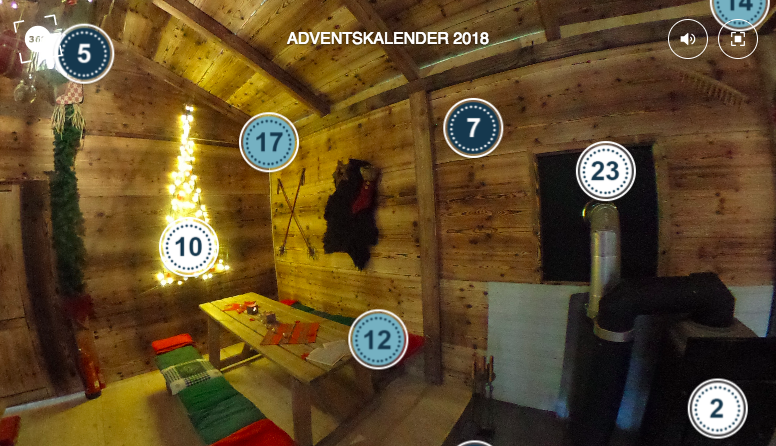 Description:  Using ThingLink's 360° image editor Mittelbayerische creates an interactive advent calendar for their readers.  Each hotspot includes a variety of surprises, quizzes and Christmas stories that are opened each day.  This experience is a unique way to get readers or customers engaged during the holiday season.  Other interactive holiday campaigns include shoppable showrooms, seasons greeting messages from your team, and festive blog posts. 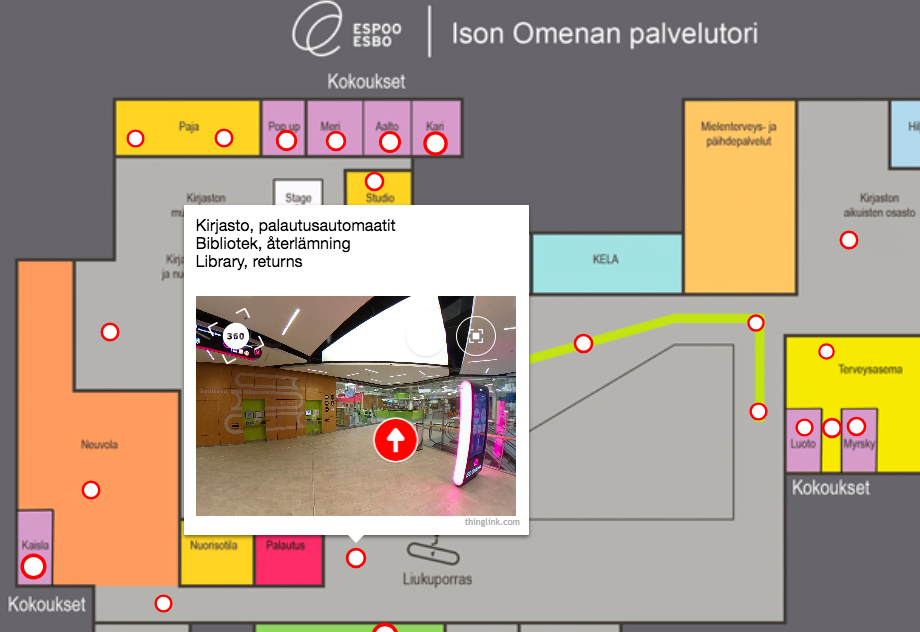 Description:  Building interactive maps and floor plans with ThingLink is a popular way to educate viewers about physical spaces or administer virtual tours.  For example, you can create an interactive floor plan of your corporate office to acclimate new employees before their first day, or interactive maps featuring your organization's initiatives in a certain region.  The City of Espoo, Finland layers 360° images on top of each room appearing in this floor plan of a new service center.  This virtual tour gives visitors a view inside the service center and learn where a certain service is located and how to get there.   If you are looking to acquire an easy to use DIY 360° camera for making interactive maps or floor plans we recommend the Ricoh Theta.